Those of you who know me primarily through this blog know that I like to write (this can be deduced from my often long winded and meandering posts). You also know that my daughter Bunky has celiac, I like to bake, planning dinner is akin to torture, my family is picky as hell, and though we live in Brooklyn, New York, we are fortunate enough to have a country house where we can escape rotting garbage smells (summer) and yellow snow (winter).

You may or may not know that I started this blog as a direct result, a knee jerk reaction, if you will, after Bunky’s celiac diagnosis. Writing is how I cope, among other things. So, it was second nature to write about celiac in order to survive it. Recipes came later, and a complete surprise since I am in no way a food blogger or recipe developer. When you’re eating gluten free, you end up making a LOT of stuff from scratch after you nail the whole box/mix thing. And we ALL know how very sad my food photography is. That’s because I’m a WRITER.

But reading this blog only gives you a small slice of my writerliness. Here are some things you may NOT know:

It’s understandable (I suppose) that I haven’t done much creative writing since Bunky was born. I’ve pretty much been going non stop since she roared out of my body in 2008. Having a baby is no joke. Especially a colicky one. Then a celiac-y one. Then having ANOTHER one. It’s full time work. Exhausting, mind blowing, brain numbing. Takes a toll, let me tell you.

But now that Little Guy is two (!) and Bunky is in kindergarten, I am pulling my head out of my proverbial butt and trying to reengage my writer brain. It’s not easy, but I’m feeling strangely motivated. Two things have jump started me (besides the whole time is a ticking thing):

1. An awesome writer’s conference I attended in November 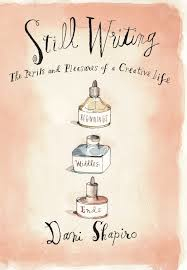 Since the conference I dusted off my novel and read the whole thing straight through during two Little Guy naps. I survived my worst fear (and part of the reason I left it moldering in a safe for 5+ years) which was the fear that it would suck. And hey, guess what, it did suck! But crazy as it sounds, I am okay with that. If the first draft of my first novel didn’t suck, I’d be some kind of crazy genius, and let’s not mince words here, genius I’m not (that sounds very Yoda, doesn’t it?). Luckily you don’t have to be a genius to edit a novel. You have to WORK hard. You have to persevere. 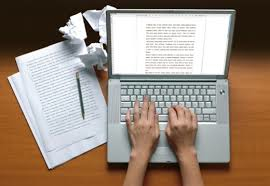 I never thought of myself as persistent, until the other day when I was on a call with my life coach (yeah, I’m totally doing that and it’s pretty cool despite my misgivings/cynicism) and she asked me to tell her one true thing about myself. I pretty much HATE describing myself because get all anxious about picking the wrong word(s). But somehow I came up with persistent. And despite how odd it seemed at first, the more I think about it, the more I realize it’s kind of true.

I’ve wanted to be a writer my ENTIRE life, basically. Yet, I’ve suffered the usual self confidence woes while mastering some Olympic gold procrastination techniques (including having babies, a foolproof way NOT to write). And yet, yet, I always come back to the written (or typed) word. I have never stopped writing. Fiction is where my heart is, but when I can’t get there, I write other stuff, like this blog. I write essays, including one just published in a book (!) called The HerStories Project: Women Explore the Joy, Pain, and Power of Female Friendship.

The amazing ladies who made this book a reality just sent me a hard copy of the book and it felt great to see my words in print.

So why am I writing this post? Besides sharing this other side of myself with you, I want to offer reassurance that while I won’t let this blog fall by the wayside, it may occasionally take me longer to update. Know that I haven’t fallen off the face of the earth, or the blogosphere. I’m just writing elsewhere.

I promise to keep you posted (ha!) if I manage to publish something. You’ll be one of the first to know.

Thanks for the love and support, guys. Recipes, rants, and all.