Before having kids I barely glanced at labels. Then I got pregnant and suddenly I started paying attention. By the time Bunky was old enough to eat solid foods, I was reading labels pretty closely. Like most anyone who has the luxury and time to think of such things, I wanted my kid to eat as healthily and naturally as possible.

Reading labels is eye opening, as anyone who does such things knows. Artificial this and natural that and food coloring and additives and high fructose corn syrup and GMO’s and – well, you get the idea.

Once Bunky was diagnosed with celiac, I didn’t just read labels, I scrutinized them. It was hard and exhausting at first, but I’m grateful for it because now I know what I’m eating. For the most part…

For a while it was enough to buy as much organic as we could afford, stick to as many whole foods as possible, and then make sure the ingredients on whatever processed foods we selected didn’t make me cringe. 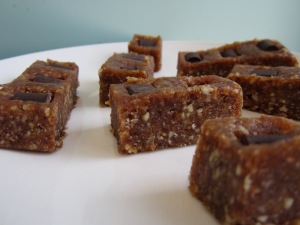 When I’d see natural flavors, I’d pause for a moment, almost always drifing back to a New Yorker article I read years ago that opened my eyes to the idea that “natural” wasn’t exactly natural. Meaning, most natural flavors are made in a lab, they just happen to derive from natural ingredients.

Still, I didn’t hesitate too much. The word natural has such a benign connotation. Which is pretty genius marketing, actually.

Then I happened across this article on Yahoo, “The 11 Scariest Things In Your Food.” Read it at your own risk – meaning, if you really don’t want to know what’s in your food, you might want to skip this. All of the things that made the list are pretty foul, but it was the last one that really made me pause (gag).

I have three words for you that will change the way you view natural flavors forever: 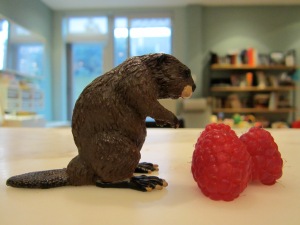 The scientific word for it is castoreum. But you won’t see that word listed on any ingredient lists, for obvious reasons.

Apparently, Jamie Oliver brought castoreum mainstream on the David Letterman show by insinuating it might be in vanilla ice cream, among other things. Afterwards there was a big uproar about where castoreum was lurking, because understandably people were grossed out (and food PR companies were working double time). But therein lies the problem. Castoreum could be lurking in any natural flavoring you see listed on a label. The FDA conveniently allows these bizarre ingredients to hide under the “natural flavors” umbrella. Sure, you could call or email a company to ask, but do you honestly think any business in their right mind would admit to such a thing? Um, nope.

It’s one thing to say, okay I’m not going to eat any more raspberry or vanilla candies or syrups, but what about an organic cereal like this one?

Notice the name, Crunchy Vanilla. Sigh. I really like this cereal and so does Little Guy. But check out the ingredients:

Natural vanilla flavor is wedged between flax seeds and buckwheat flour. Notice that it says “Vegan” at the bottom. If there really is castoreum in it, this would actually NOT be vegan. [Notice that it also says, “made in a facility” with wheat, etc. If you read this post, you’d know my stance on this, but for the record, Bunky doesn’t eat this cereal anyhow.]

The problem is, I’ll never know what’s in this particular natural vanilla flavor. Maybe I’m eating beaver butt with my cereal, maybe not.

When I started doing some research, I came across many articles, most of which were of the “it’s so gross!” variety, but my favorite one by far was a more thoughtful take on the whole thing (with some cheeky commentary as well, I mean, how can anyone resist?!) on an awesome blog called Life in a Skillet. I completely agree with Maggie on many of her points, including this one:

“The point I find unacceptable is not in the use of castoreum; that’s a completely different debate. What’s objectionable is the complete lack of transparency behind the FDA’s “natural flavors” designation… Food manufacturer’s intellectual property is protected, sure, but consumers lose any way to know exactly what we are consuming.”

And this quote is what got me hooked in the first place:

“I’ve got to be honest – I can’t help but wonder what genius figured out a beaver’s behind tastes like raspberry.” [And, for the record, vanilla.]

So be warned, before you dive into a bag of gluten free jelly beans, or any other food – organic products included – that lists “natural flavors” as an ingredient, you may find a little more nature than you might have liked.